Excellence in Spine Surgery Backed by Years of Experience.

Given the serious nature of Spine Surgery, all options should be evaluated prior to pursuing operative treatment. However, when surgery is required, trust your care to a physician who has had more than 50,000 patient visits and performed more than 5,000 spine surgeries.

Hear and read true stories of my patients and their experiences with Beacon Orthopaedics and Spine. You don’t have to live with back pain. Often times active adults return to even higher activity levels after a full recovery.

Meet the physician extenders, medical assistants, and schedulers that will guide you through recovery. My team is hand-picked and designed specifically to give you the best spine care experience in the region.

Not quite ready to see a spine surgeon? Are you curious about tips and techniques to maintain a healthy spine? Or, if you simply want a better understanding of who I am and my approach to sports medicine, my blog should be helpful.

Dr. Rohmiller completed a fellowship in Spine Surgery at San Diego Center for Spinal Disorders and a second fellowship in Pediatric Orthopaedics and Scoliosis Surgery at the Children’s Hospital of San Diego / University of California in San Diego, CA. In 2005, Dr. Rohmiller returned to Greater Cincinnati and joined Cincinnati Spine Institute. He then moved his practice to Beacon Orthopaedics in 2013 and now sees patients at the Northern Kentucky location in Erlanger, Kentucky and at the Summit Woods location in Sharonville.

His special interests include pediatric spine surgery and scoliosis, adult scoliosis surgery, and minimally invasive surgery of the spine. He is a member of the North American Spine Society, Scoliosis Research Society, and is a Fellow of the American Academy of Orthopaedic Surgeons. Michael Rohmiller, M.D., was named to Cincinnati Magazines list of “Top Doctors” seven times since 2010. Dr. Rohmiller is the only board certified, fellowship-trained spine surgeon with a practice in Northern Kentucky.

Schedule a consultation with Dr. Michael Rohmiller to find out how he can help you overcome your spine condition or injury. By clicking this button, you can schedule online in real time!

“Dr. Rohmiller and the staff work like a well-oiled machine but with great personal detail and compassion! All other medical offices could take a lesson from them!!! I am thankful to have their team looking out for my health!”
– Holly

“Dr. Rohmiller is a God send. He did surgery on my back which we weren’t sure would work. I was in very bad shape. I could barely walk because the pain was so excruciating so we took the risk. I’m now walking pain free, and able to be walk upright. I would like to say Thank You to him and the awesome physical therapy center for all they have done for me!”
– Stephanie 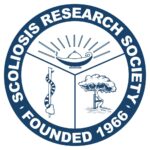