To read the full story by Reggie Wilson, click here.

MILAN, Ind. — When you have a brother, you always have a friend. Somewhere along the way, the friendliness turns into competition.

John and Jacob Rohrig, both graduates of Southeast Indiana’s Milan High School, were born a year and a half a part, and they’ve been wrestling since the seventh grade.

“All year long it’s me and him going, who’s the best one,” John Rohrig said. “We used to have wrestling tournaments in the living room.”

John, 21, currently wrestles at Norwich University in Vermont. Last fall while wrestling with a teammate, his knee popped out of place.

“I kept trying to get it back into place but it never went so we just kept wrestling,” John Rohrig said. “We decided to go on like a three-mile training run afterwards, and we get back to the wrestling locker room, he looks at me and he goes, ‘Dude your knee is huge.’ So it was like twice the size.” 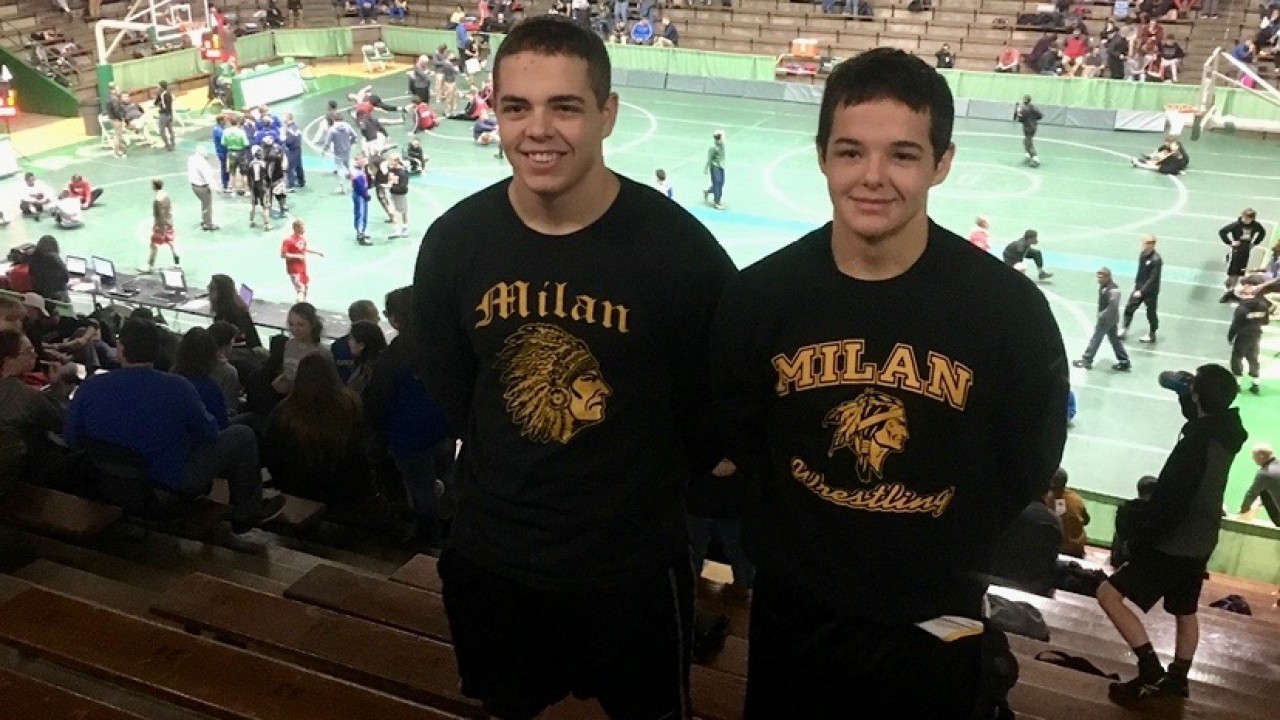 John tore the meniscus in his right knee, ending his season.

“I’ve had issues with my knee already, and all I could describe it as was a popping sensation in my knee,” Jacob Rohrig said. “I wasn’t even wrestling. I was playing backyard baseball just running, when it finally just let out and wouldn’t go back.”A few months later, only six matches into his freshman year at the University of Indianapolis, Jacob endured the exact same injury.

“To happen that soon, we were kind of shocked,” Jacob Rohrig said.

“It kind of helped that I knew what his brother had gone through,” Dr. Rolf said. “Before they get back to the mat, you’ve got to make sure that thing is healed because if they try to bend their knee and they put pressure on that meniscus before it’s healed, they can re-tear it.”

The pandemic allowed the brothers time to fully heal and now they’re lifting each other up, on their way back to the mat.

“Jacob just got released not too long ago for his running and working out so we do a lot more outside workouts,” John Rohrig said. “So I’m trying to get him back in shape and he’s trying to be my partner to help me stay in shape.”

The Rohrig brothers continue to wait to see if they will be able to compete next season, due to COVID-19.

To learn more or schedule an appointment with Dr. Rolf, click here.