What is the Tommy John surgery? The procedure is named for former Los Angeles Dodgers pitcher Tommy John; the first person to undergo the surgery. Those who receive it have typically had an injury to their ulnar collateral ligament (UCL) in their throwing elbow. To fix it, the ligament is replaced by a tendon extracted from another part of the body — usually the forearm of the same arm.

The career-saving surgery was first performed by Dr. Frank Jobe in September 1974. It has gained significant prominence since then with impressive results. Because it’s largely a pitching-specific injury, surgeons with Tommy John surgery experience are limited to those who regularly work with baseball players. Our own Dr. Kremchek is a standout in this pool of surgeons. Well-known for his proficiency with the surgery, Dr. Kremchek has performed over 2,000 Tommy John surgeries, with the first performed in 1995.

IN KREMCHEK THEY TRUST — CINCINNATI MAGAZINE, 2014

Cincinnati Magazine featured Kremchek in 2014, which spotlighted his expertise with the Tommy John surgery. Check out that excerpt in the following or read the full article here. 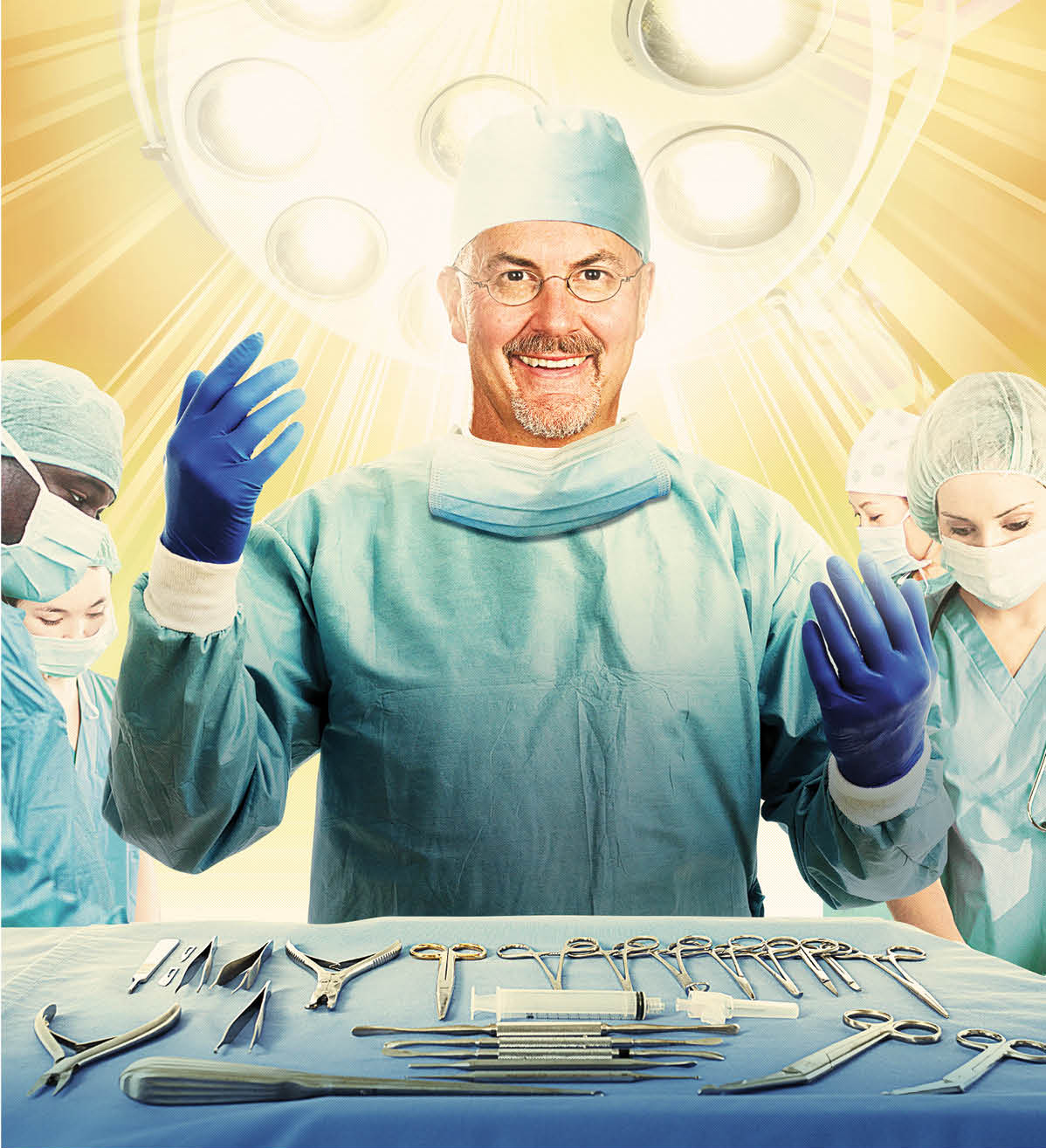 Prior to Dr. Frank Jobe repairing Tommy John’s left UCL, an injury of that nature was career-ending for pitchers. The procedure has yielded strong results since then, but because it’s largely a pitching-specific injury—damage is generally caused by torque from a repeated overhead arm motion—the pool of surgeons adept at the surgery is limited to those who work with baseball players on a consistent basis. Kremchek was determined to become one of them.

“Tim was very talented. You could tell right up front that he was scheduled for stardom as a surgeon,” says Andrews (James Andrews, the preeminent name in orthopaedic sports medicine. Longtime doctor for Auburn University and University of Alabama athletics, as well as the Washington Redskins, he founded the Andrews Sports Medicine and Orthopaedic Center in Alabama and has operated on the likes of Michael Jordan, Albert Pujols, and Tom Brady.). “When I train fellows, my goal is to see them move up the ladder, become more successful and more prominent. Certainly, Tim is one of the individuals who has done that.”

It’s a prominence Kremchek has worked hard for, and also one he’s well aware of. He’s good at what he does, he knows it, and he’s happy to tell you all about it. “I’m very proud of the fact that after 18 years, people don’t understand how I can be so involved with the Reds, and my high school teams, and colleges, and work a busy practice, and teach fellows, and not be burned out,” he says. “I love when people say to me, How do you do it? I love it. I just smile. People don’t get it.”

But even a man with this much pride has his limits.

“Oh yeah, I remember this like it was yesterday,” says Kremchek, removing his metal-frame glasses and setting them on the table as he leans back in his seat. “I had a guy come in around ’99, ’00, and his son wasn’t throwing very well. The kid was 15. The dad wanted him to throw harder, thought he could be a better pitcher, his breaking balls could move more. The kid had no pain, no problems, no nothing. But his dad said that if I do this for him, it will make him better.”

The request was an elective Tommy John surgery. The potential patient had no UCL damage, but because the rehab can often help pitchers get stronger and throw faster once they return to form, the father decided surgery was the optimal route.

“I looked at him like he was stupid,” says Kremchek. “There’s no chance I would do that. NONE.” He puts his glasses back on. “I don’t know what happened to that kid. Maybe somebody did a Tommy John on him. I hope not.”

Even with a modern success rate of nearly 90 percent—Tommy John himself went on to pitch for 14 more seasons following his maiden operation—the surgery has become almost an epidemic within the sport. A 2013 study found that nearly a third of all active major league pitchers had undergone the procedure at some point in their careers.

Kremchek figures he’s been approached about elective Tommy John surgery roughly 10 times in the past 15 years, ranging from high schoolers to big leaguers. Each time he’s firmly turned them away, but he’s also gotten more and more desensitized. So he finally decided to do something about it.

“The problem with Tommy John is that there is an ignorance about it, and there are ways to prevent it,” says Kremchek. “I’m not going to cure cancer, but one of the things that comes with my job is a little bit of notoriety, so it’s my duty to go around our community and talk to coaches and parents and players and make them understand the things we can do to diminish these injuries.”

Kremchek has made it a personal crusade to preach education and prevention in regard to UCL injuries—things like proper throwing mechanics, moderation, not throwing breaking balls until a kid is skeletally mature—in addition to choosing rest and rehabilitation over surgery whenever possible, particularly among his younger patients. In July of last year, both Kremchek and Andrews appeared in a Canadian documentary titled Too Many Miracles, warning against the dangers and injustices of elective Tommy John.

“It’s unbelievable what some parents push their kids to do. It’s a form of child abuse,” says Kremchek. “Youth baseball has become very competitive, very cutthroat, but I’m not going to be one of those people. I love doing Tommy Johns when they’re needed—I hate seeing it, but I love doing them—but I’m not going to do it like that. No chance that’ll happen. Ever.”

Ababy-faced 15-year-old freshman from Lakota West High School is wheeled into the operating room just before 9 a.m. on an early-December morning.

“What kind of medicine did you give me?” the patient asks, slurring his speech.

The patient’s eyebrows arch upward as he gently nods his head and slips into unconsciousness.

Kremchek’s been rehabbing the kid’s right elbow for nearly two years, trying to mend his injury through rest and improved throwing mechanics. He’s a typical case—select baseball leagues, sports-focused family—and there was no convincing him to change positions or give up the sport, even once the injury progressed to the point where Tommy John surgery was the only option.

In spite of the high success rate, it’s unquestionably a complicated procedure with plenty of room for error. Ideally, a healthy ulnar collateral ligament provides tension in the elbow, connecting the ulna (forearm) and humerus (upper arm) bones. But when pitching a baseball—even once—the force put on one’s UCL by that motion is more stress than the ligament can tolerate. Bone anatomy and muscle help to offset some of this pressure, but over time, the UCL will inevitably break down. “The arm only has so many pitches in it,” says Kremchek.

With the young patient now out cold on the operating table, Kremchek dons a smock, snaps on a pair of gloves, and slides a stool to the table as Steely Dan plays over the room’s sound system. His first incision is in the boy’s right forearm—just below the wrist—to retrieve the palmaris longus tendon, an otherwise pointless body part that will now serve as a UCL replacement. Measuring about 15 centimeters in length and the width of a linguine noodle, the tendon is handed off to an assistant who cleans, sterilizes, and stretches it as Kremchek moves down the arm and slices into the inside portion of the elbow, cutting an incision roughly the circumference of a tennis ball. He splits the flexor digitorum and flexor carpi ulnaris tendons, pushing aside clumps of scar tissue that look like strawberry jam, exposing the elbow joint and the ulnar nerve (often referred to as the “funny bone”). Navigating around this is the trickiest part of the procedure—damage to the nerve is the most common complication of Tommy John surgery.

Next, Kremchek drills two converging pea-size holes in the ulna bone and three more in the humerus. The assistant hands the palmaris tendon—stretched to 17 centimeters—back to Kremchek, who uses the holes as alleys through which to weave the tendon in a figure-eight pattern before sewing both ends into frayed pieces of the damaged UCL. This helps the body develop the tendon into a new ligament over time through a process called ligamentization. The complexity and precision required of the procedure in such a thronged and confined space is incredible: Completing the surgery in four hours seems like a far more reasonable expectation.

Kremchek is fully aware of the difficulty involved. “It’s not an easy process,” he says. “If you don’t do many of them, you probably shouldn’t do them at all.”

Once everything is in place, the doctor briefly tests range of motion of the new ligament, gently moving the forearm back and forth and stretching the tendon. After about 40 minutes—it took him a little longer than usual to retrieve the palmaris this time—the doctor pushes back from the operating table and removes his smock and gloves as the assistants sew up the incision.

He washes and steps out to chat with the patient’s mother—a tiny, middle-aged woman wearing a red windbreaker—recapping the surgery broadly. “That whole ligament was scarred into the bone. That’s what hurt,” Kremchek explains. “It just wasn’t right.”

For the kid, the easy part’s over. His rehab schedule—which is the same for all Tommy John patients—starts with physical therapy the very next day to work on getting back his full range of motion. If all goes as planned, he’ll be out of a brace and working on strengthening exercises in four to six weeks. He can start throwing at four months, pitching off the mound at six months, and by the nine- to 12-month range, will be cleared for action and throwing full tilt.

The mother nods and smiles, ecstatic that all went as planned. Baseball is important to her son, she says, but it also keeps him hanging with the right crowd and invested in school. Regardless of whether he goes on to a career in the sport, a healthy pitching elbow will at least give him a piece of his life back for the next few years. “That’s what it’s all about,” says Kremchek.