Dr. Peter Cha is excellent. I’m one year post on my second shoulder surgery and have full range of motion again after eight years! I’m excited to get back to all the activities I love.

Dr. Peter Cha took the time to listen to me when I came to him with my knee problems, which was not the case with my previous orthopedic doctor. I cannot say enough good things about him or their Physical Therapy department.

A couple of years ago I sustained a high impact both bone forearm fracture while out riding my BMX bike in Centerville Ohio. It was the first day of my vacation, and I was excited to go out and ride some rather large dirt jumps back in the woods. This particular set of jumps are lined up in a row varying in size and distance. Since it was earlier in the morning, the jumps were a little soft. This made it difficult to get through all of them. I got through about 4 of them, hit a soft spot in the 5th jump, which kicked me into a 90 degree position 20 feet in the air. Time seemed to slow down as I braced for impact. I went to sit up, and realized my forearm was broken in half with both bones sticking out. My hand was rotated completely backwards. The impact was so hard and fast, I didn’t even know I had broken it. I actually pulled both bones out of the ground leaving two holes in the dirt. I ended up using my shirt as a tourniquet and a magazine for a splint. Once stabilized, my friends rushed me to Good Samaritan Hospital.

On the drive to the hospital, I called Beacon Orthopaedics and Sports Medicine. The physician on call was Dr. Peter Cha. I spoke to Dr. Cha before I went into surgery. He was very concerned regarding the nature of the fracture. He then explained his plan to fix the fracture, and that I would be in the hospital for a couple of days due to the fact that the bones had come through the skin. He answered all of my questions before I went in, and my family felt confident in his decision. I then spent an all inclusive four day and four night vacation in the hospital. I ended up having two surgeries. One to fix the three fractures, and one to close the wound after being hooked up to a wound vac which prevents infection. Dr. Cha explained that there was so much swelling, it would be difficult to close the two very large wounds. He spent an extra amount of time extracting all of the dirt that was impacted deeply within both forearm bones. He stated that it took him over an hour to dig out the dirt with a dental pick. Dr. Cha communicated to my wife often as the surgery took a little longer than expected. My wife was very thankful, as she was more upset about my arm than I.

After my stay at the hospital, I was instructed to follow up with Dr. Cha in a few days. Dr. Cha called me that night to make sure I was okay, and that my pain was tolerable. This was very comforting for me and my wife. I continued my follow up visits as scheduled, and have had great success. I was able to get back full range of motion in my wrist and forearm, and only have pain when it gets cold. At three months post surgery, I was given the okay to ride. I have been riding competitively since. I am extremely appreciative for the work that Dr. Cha performed on my arm. His attention to detail, and dedication to his patients truly show me that patients come first at Beacon Orthopaedics. In the end, Dr. Cha got me back to what I love, live and breath everyday. 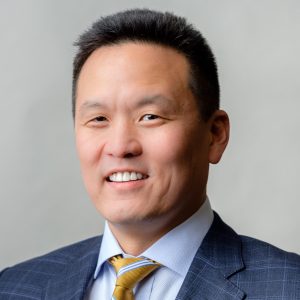