Bonnie Archuleta is no stranger to orthopedic care. After seven years of living with intense shoulder pain and trying almost every possible treatment option, she had all but given up on living pain-free.

Looking for a Fix, Not a Band-Aid 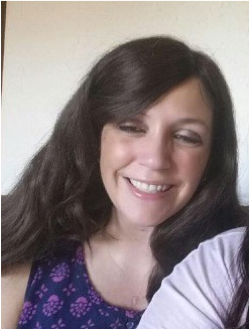 Bonnie’s pain was centered under her left shoulder blade and traveled into her arm and hand. She was told it was neuropathy by another care provider and given a large dose

of a painkiller to manage the pain, but severe side effects including very clouded thoughts caused her to abandon this treatment. “I tired massage therapy, chiropractic care, physical therapy, pain meds, nerve blockers, and none of this took away the pain,” she says. She saw four different doctors and had two surgeries, none of which relieved her pain. After seven years, she was in need of a fix, not a Band-Aid.

In February 2019, Bonnie lost almost all use of her left arm. It was at that point she decided it was time for a change in her health care plan. On her list of possibilities was Beacon Orthopaedics, so she scheduled an appointment online and explained what she was looking for. Dr. Rohmiller was recommended to her, and he quickly got her an MRI.

April 2019 brought the news both Bonnie and Dr. Rohmiller had expected: surgery was the only option after all other efforts had failed. Dr. Rohmiller performed the surgery in May, and by day three of recovery she had very little site pain and no shoulder pain. She is almost a year out from surgery and though her mobility is still limited, she is living pain-free.

“I really believe that had I not seen Dr. Rohmiller I would still now be in severe pain. He is the kindest and most understanding orthopedic doctor I have ever worked with, and I would send any person that I thought he could help his way. He has an unbelievable bedside manner as well as extremely professional and knowledgeable. I was very impressed. Compared to the other specialists I had seen before he knocked it out of the ballpark. He was understanding with the pain I was dealing with and the desire not to be on pain medication the rest of my life to deal with the issue.”

Bonnie is currently working with Dr. Braithwaite to treat lower back pain with injections. “I was very nervous at first because the injections I had had before in my lower back had been extremely painful,” she says. Dr. Braithwaite assured her that he would be finished in eight minutes and would keep the pain to a minimum. “He was finished in under 8 minutes, it was not painful, and he was very pleasant.”

Dr. Braithwaite was also the first orthopedic doctor to fully explain how the injections she’s received worked. Bonnie had previously not been told that they can only work one side at a time so patients don’t walk out pain-free after their first appointment. Her previous providers had not taken the time to explain this, so leaving and still experiencing pain was disheartening and frustrating.

As of February 2020, Bonnie has no pain in her left side and will be going back in March to complete treatment on her right side.

“Beacon Ortho takes it a step beyond where other orthopedic centers go. Their staff and doctors have all gone out of their way to find an answer to the unanswerable. I am not a newbie to orthopedic care. I have lived with a mild form of Osteogenesis Imperfecta for my entire life and have had 89 broken bones to date. This is the best care I have ever had.”

If you’re experiencing pain and don’t know where to turn, contact us or schedule an appointment today!